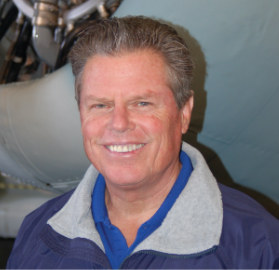 Greetings from the flight deck of Midway, where we recently held our 2021 Midway American Patriot Award gala honoring the 75-year legacy of Midway as well as three American heroes.

We were very proud to pay tribute to Jim Kennedy, the son of Barbara Cox, who christened the Midway in 1945, and whose spirit continues to drive the excellence in our youth education programs, one of her passions.

Next we honored retired Rear Adm. Larry Chambers, who was Midway’s skipper during Operation Frequent Wind, the evacuation of South Vietnam in 1975. The admiral also holds many historic “firsts” for African Americans in naval aviation history, as the first to graduate from the U.S. Naval Academy, first to command a jet squadron, first to command an aircraft carrier and the first to attain flag rank . . . pretty impressive credentials to say the least.

Finally we saluted retired Rear Adm. Riley Mixson, who not only commanded the Midway during the 1980s, but was the chairman of the board in retirement who fought the “second battle of Midway” to successfully bring the ship to San Diego and open it up as a museum in 2004.

Needless to say, it was a very exciting night on the flight deck celebrating the great history that belongs to Midway. After we honored the past, we shared our vision for continuing to build on that legacy for the next 75 years when we revealed for the first time our plans to build a park on Navy Pier, where there is now only a parking lot.

We will knock down the building at the foot of the pier and build a park to honor our veterans while maintaining vehicle access and parking on the pier for our volunteers and visitors. In the shadow of Midway, we will welcome Americans to celebrate the freedom we all enjoy because of the service and sacrifice of those who served on that big ship moored at the pier.

The park will become an iconic landmark in San Diego and we look forward to building it as a tribute of thanks to our veterans. Onward and upward for the next 75!