The USS Midway Museum continues to be ranked as the #1 thing to do in San Diego as per Tripadvisor.
Comments on this review website consistently reflect on the outstanding quality of our volunteers.

“Volunteers are an integral part of the museum’s operations,” said Laurie Switzer, Midway’s director of volunteers. “They truly bring the whole ship to life with the living history they pass on to our guests. We have a great group of people here, and for many of them, volunteering on Midway is a life-changing experience.” 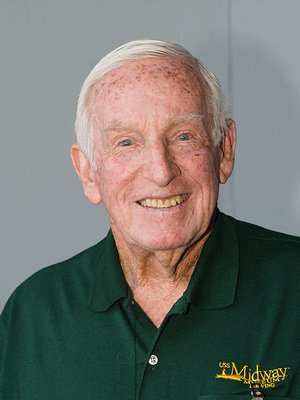 When restoring a historic military aircraft, you need to bring many talents to the table – precision workmanship, tremendous patience and an incredible eye for detail.

Paul Dodson possesses all those qualities, and then some. A key member of the airwing since 2015, he brings his stellar skills as an aircraft mechanic to his work at Hangar 805, Midway’s primary aircraft restoration facility at Naval Air Station North Island.

A 1954 graduate of Coronado High School, Paul spent six years in the Navy before serving as a police officer in Coronado for 25 years. Since joining the Midway, he has dedicated more than 4,500 volunteer hours to making the Navy and Marine Corps aircraft displayed at the museum look like new.

“Paul has been a great asset to the airwing,” said Walt Loftus, who heads up all aircraft restoration on Midway. “He is a dedicated professional with outstanding attention to detail, especially in the final touches to our aircraft.”

Paul is currently focusing his talents on the complete restoration of the F-7U Cutlass at Hangar 805 as well as repair work on the A-3 Skywarrior on the Midway’s flight deck. He also looks after his fellow volunteers by keeping his ice-cream parlor fully stocked at the hangar. Word has it that the ice cream goes fast. 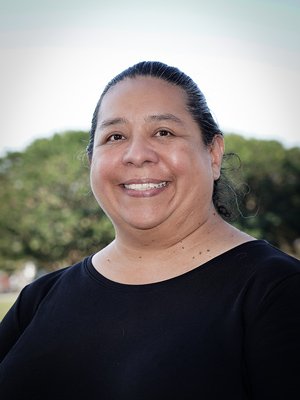 Midway is fortunate to have a number of volunteers who are so passionate about the museum and its mission, that they lend their talents and time to more than one department. Catherine “CJ” Flores is that type of volunteer.

Joining the Midway team in 2018, she’s already logged more than 1,600 volunteer hours that she shares with both the safety department and the Knot Team.

CJ has been indispensable to the Knot Team over the past few years taking on the responsibility of keeping this group informed as Midway weathered the pandemic storm. She has not only helped update the team’s standard operating procedures (SOP), but has also volunteered to be the group’s inventory manager to ensure sufficient supplies are always on hand to produce 1,500 knotted items a month.

“Her tireless dedication to the Knot Team greatly contributes to Midway Magic and support of the San Diego High School scholarship fund,” said Emory Bishop, co-founder of the Knot Team. “CJ also serves on the safety team as a volunteer, where she has been recognized for going above and beyond.”

A Navy veteran, CJ served as torpedoman’s mate on two Navy ships. Besides volunteering for Midway, she also holds down a fulltime job as a financial management analyst for the Department of Defense. 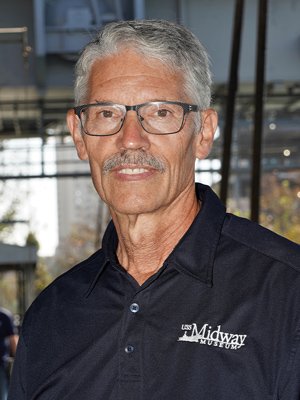 Initial impressions are critical to the guest experience on Midway. Those first few moments after a visitor walks aboard the ship will often set the tone of whether they give us a thumbs up or thumbs down.

Although he’s only been part of the Midway team for a year, Thomas Baublit is all about guest service. He’s unfailingly the first person down to the pier to help visitors. He also took it upon himself to reorganize and inventory the supply of maps used by the entire ship.

While Thomas only has 370 volunteer hours, he intuitively senses when the museum will need additional help on busy attendance days and will come in without being scheduled.

“Thomas has been such a wonderful help to the guest services department and the ship overall,” said Ken Heilman, Midway’s guest services manager. “He is always there when anyone needs a hand. I truly do not know what our department would do without him and his kindness.”

Before joining Midway, Thomas spent 35 years in manufacturing operations for a defense contraction in the production of military equipment.

Bravo Zulu to our Volunteers of the Month for the third quarter of 2022.

For those interested in becoming a USS Midway Museum volunteer, more information along with the volunteer application can be found www.midway.org/give-join/volunteers